You are here:
Contests 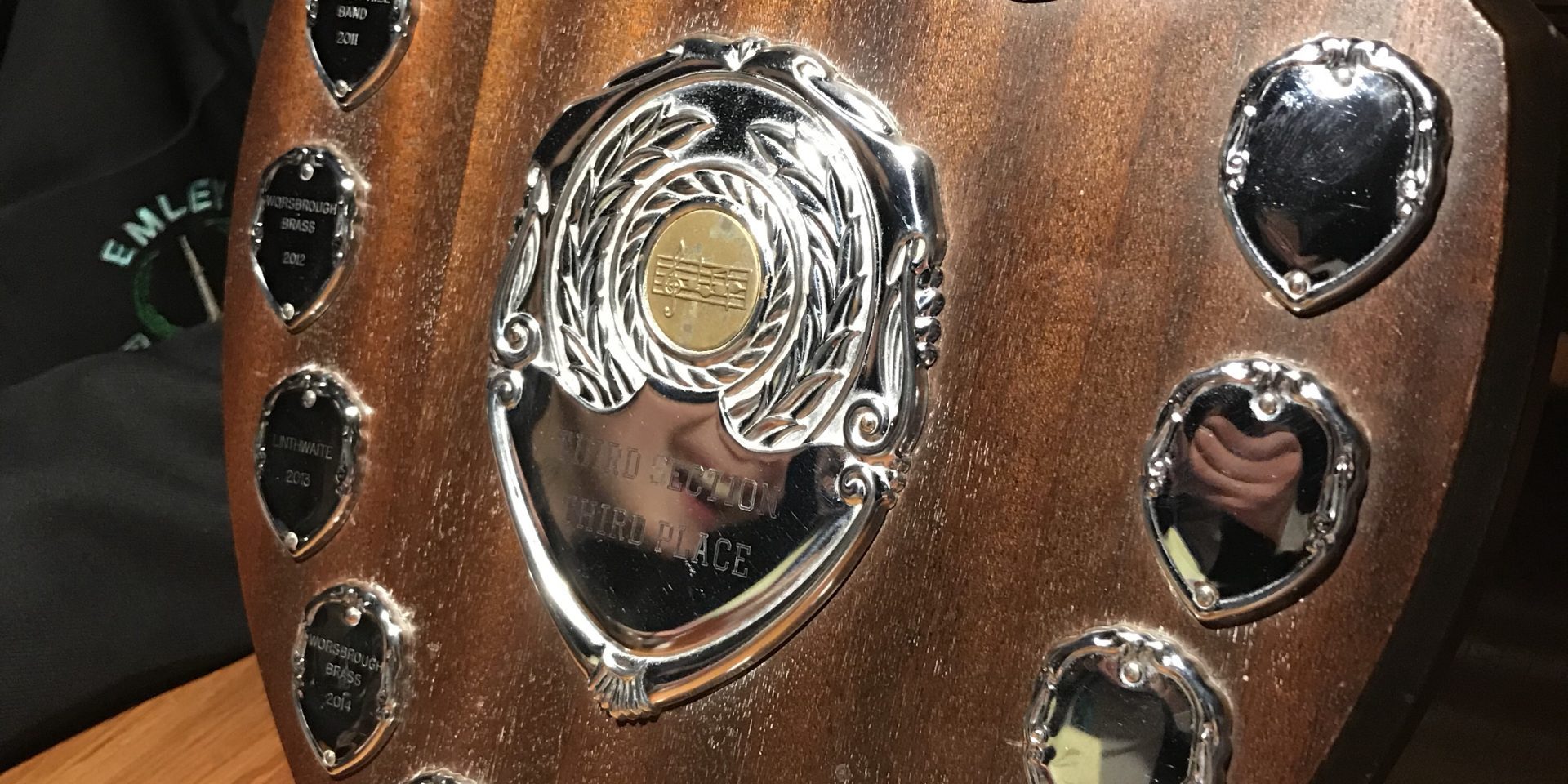 The band took part in the Yorkshire Regional Championships last weekend, playing ‘Endurance’ by local composer Andrew Baker. The test piece was a musical representation of Ernest Shackletons’ fateful expedition to cross the Antarctic continent, with the music evoking a picture of the trials and tribulations of the trip to the frozen tundra.

After a pre-contest ‘Spoons’ breakfast and warm up at Hammonds rehearsal room the band played well from a number 8 draw receiving a great ovation from the masses at Huddersfield town hall.

The band placed third in the contest, although not in the top two places to qualify for the National Finals at Cheltenham it was enough to ensure promotion to compete in the Second Section in 2021. Congratulations to both the winners Kippax and runners-up Lofthouse who will go on to represent Yorkshire at the National finals.

It was a day tinged with sadness as it was unfortunately Garry and Elisabeth Hallas’s last contest with the band before they join the Yorkshire Imperial band. The band would like to publicly thank Gary and Liz and wish them all the best for the future.

The trophy was donated by Emley band in honour of Gary Brown, a long time member and former Chairman of Emley Band who sadly passed away earlier in 2019. Esther (Gary’s wife) was on stage to present the trophy to the members of Maltby’s percussion section.